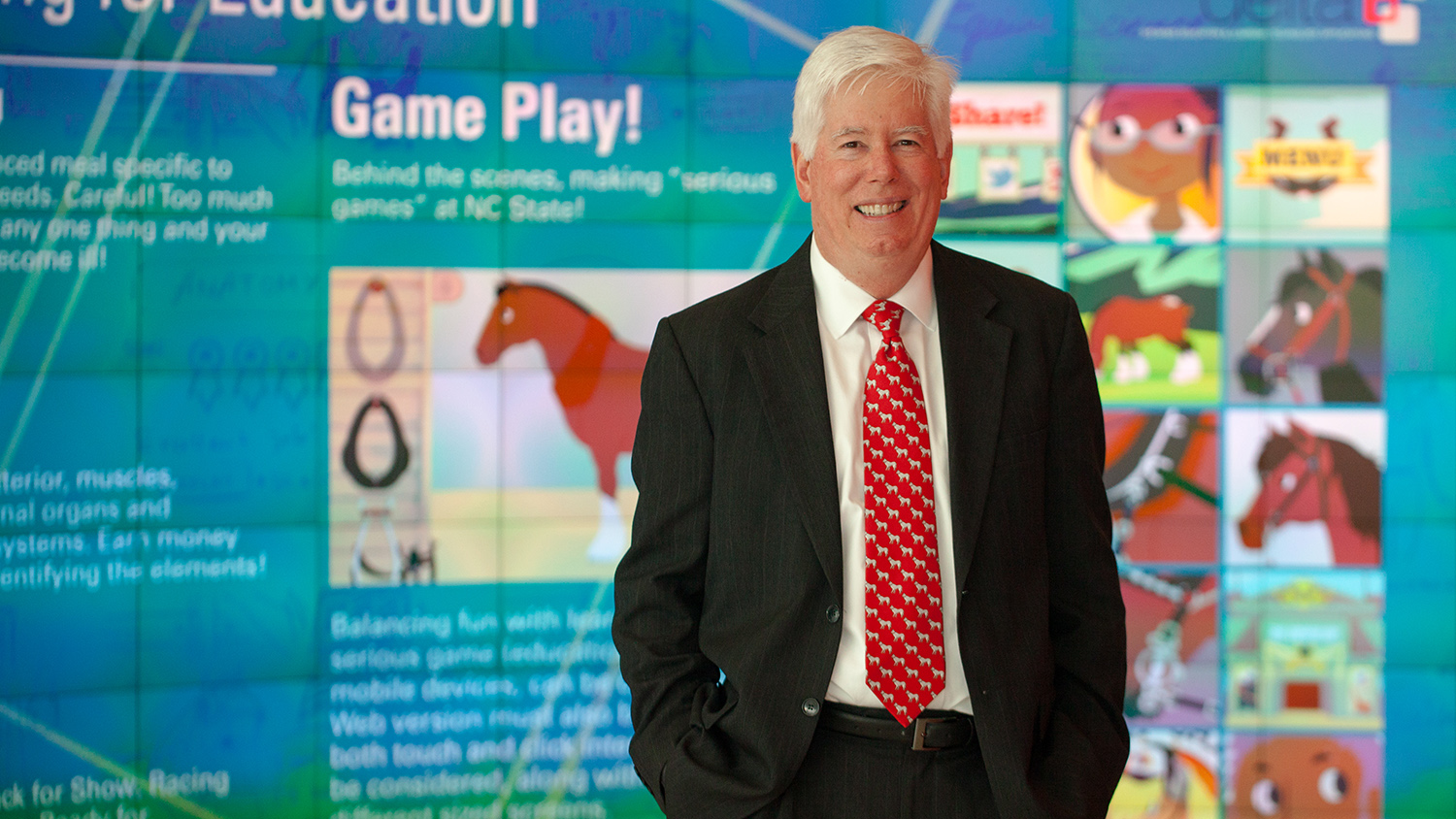 “Tom’s almost four decades at NC State set a strong example of academic leadership and for peer institutions to follow,” said Provost Arden. “His outstanding leadership and oversight of Engineering Information Technology, the Engineering Entrepreneurs Program, DELTA (Digital Education and Learning Technology Applications), the McKimmon Center for Extension and Continuing Education, and the Shelton Leadership Center, leaves a legacy of service for which we are all thankful.”

Currently, Miller has oversight responsibility for NC State Entrepreneurship, an alliance model that includes academics to co-curricular and extracurricular offerings, and has allowed NC State to expand entrepreneurship engagement across disciplines, supporting an increasing number of students as they develop entrepreneurial mindsets.

“I got involved in two things early on that really ended up defining my career here,” said Miller. “One was using technology and software in education. I developed a lot of software and simulators that I used in teaching my courses in computer engineering. The other was working with students who had an entrepreneurial mindset and career aspirations. All my major accomplishments really stem from those two things.”

Miller joined NC State’s Department of Electrical and Computer Engineering in 1982, where he established the department’s first student computing lab. In the department, he is the McPherson Family Distinguished Professor of Engineering Entrepreneurship, and a member of the university’s Academy of Outstanding Teachers. He co-led the Eos project, which had a major impact on computing in the College of Engineering and the university as a whole. Miller also led the creation of the Engineering Entrepreneurs Program in 1993. In 2001, he was named the founding vice provost of DELTA.

Miller’s philosophy in growing DELTA was that distance education (DE) and face-to-face instruction would eventually become seamlessly integrated and digital technologies would serve all students, not just those who enrolled in DE courses. Because of his efforts, the 2021 U.S. News and World Report gave a national ranking to 15 NC State online and distance education programs, 13 of which are in the top 20 in the country.

“Our mission was to support the faculty in developing and deploying innovative new digital technologies, not to simply manage the infrastructure that allowed remote instruction to take place,” said Miller of DELTA. “One of the best things we ever did was to launch the IDEA grants program, through which faculty with new ideas for digital education request resources, including the time and expertise of the DELTA instructional designers, multimedia staff, and production teams to help bring those innovative ideas to reality. Many of those joint innovations have won awards and garnered national recognition. As a result, we have been able to positively impact the learning experiences of our students on campus, and help our colleges and departments to build distance education programs that are ranked among the best in the nation.”

In 2008, Tom was named Executive Director of the NC State Entrepreneurship Initiative, a campus-wide effort to empower students as entrepreneurial thinkers, leaders and doers. He is the author or co-author of more than 50 technical publications.

Miller received his Bachelor of Arts in mathematics and chemistry, as well as a Master of Science and Ph.D. in biomedical engineering and mathematics, from the University of North Carolina at Chapel Hill.

“Tom’s longevity and commitment to excellence evident throughout his tenure have positioned NC State to set the standard in higher education of the use of new and emerging technologies for teaching and learning and distance education programs,” said Chancellor Randy Woodson.

A celebration of Miller’s years of service will be held in the spring of 2022.

Upon Miller’s retirement and in light of various opportunities for growth within the Provost’s Office, the Provost has announced the office will be undergoing several structural changes soon.